In 1970, the french Daniel Raufast came across a poster advertising Hair, the musical. Interested by all the barefooted youngsters wearing jeans, he developed a new shoe concept which he believed to be more compatible with the blue-jean generation.

The designer Jacques Chevallereau then created the first 'jean boot'. This new shoe was very different because of the use of nubuck, shapes that looked more like short boots than regular shoes. The success was huge and within one season, Kickers production capacity grew from 300 to 12,000 pairs per month. Immediately successful in France, then Germany, by 1974, Kickers were selling in over 70 countries. 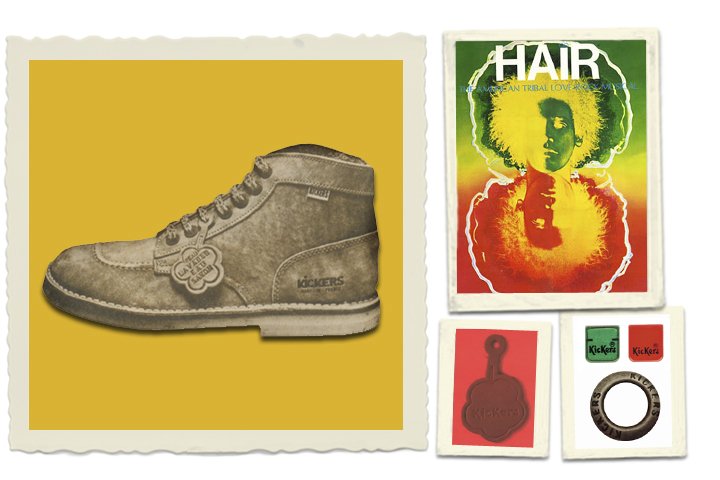 The Kick Hi boot was released in 1975. It was the late 80s and early 90s that Kickers really gained popularity when Kick Hi's were heralded by icons on the Manchester music scene. The Kick Hi then became popular in the rave scene, first with acid house and then later with trance music. Many fans of the shoe came from diverse and contemporary musical backgrounds including UK garage, RnB, pop, and hip-hop.

Kickers shoes became very popular, children were queuing up until 10 o'clock at night waiting upon deliveries, and when the delivery did arrive the stock would be gone in a flash. Many children also collected the flower shape tag and did not believe the shoes were real Kickers unless this tag was included.

Kickers has done several collaborations with well known brands, which reach out to further customers and gives their loyal fans a chance to get their hands on limited editions of their favourite Kicker boots. Kickers collaborated with brands such as Swizzels Love Hearts, Lazy Oaf and Palace.

Over the years, Kickers has been associated with the music industry and became the most popular school shoes in the UK. 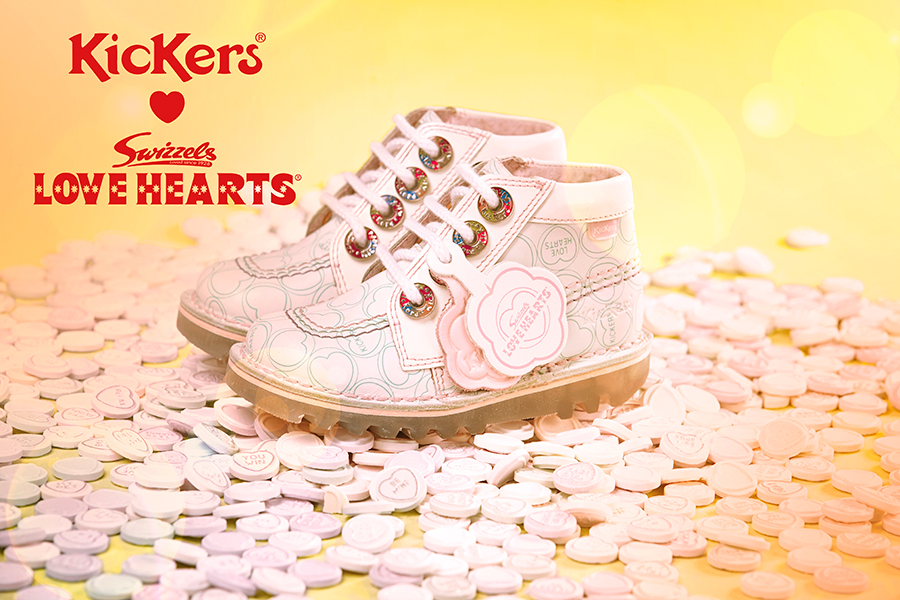 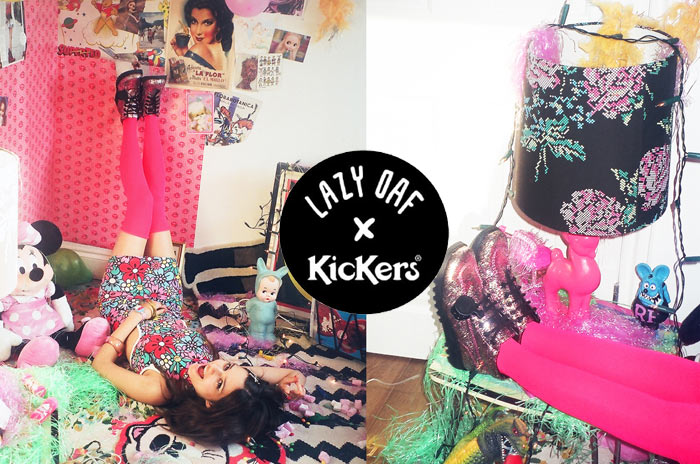 As a trusted, family footwear brand with a reputation for quality and reliability, Kickers cares about the impact its business has on the wider world. They are committed to making great footwear while leaving a minimal footprint on the environment and respecting the people who make Kickers products.